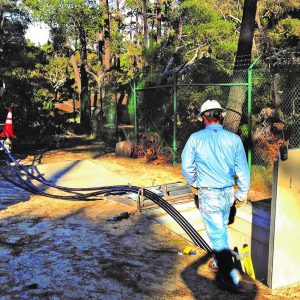 As a forested community, Pebble Beach experiences power outages during rain and wind storms due to fallen trees at times.  The outages may last longer than surrounding areas since Pebble Beach is essentially at the end of the electric distribution system. A study showed that undergrounding would increase safety and reliability for the entire community.

After obtaining the necessary approval from Local Agency Formation Commission (LAFCO), the District adopted its Ordinance No.26 on June 24, 2011 and activated its latent power to underground overhead electric and communications lines.  Beginning in 2012, the District has been conducting utility undergrounding projects and has plans to continue in phases on a ‘pay-as-you-go’ basis.

Phase III is currently under constructed and anticipated to be completed by the end of 2022. At which point approximately six miles of undergrounding will have been completed, marking the milestone of undergrounding half of the overhead primary distribution lines within the Del Monte Forest. Planning for the Phase IV is anticipated to commence at the beginning of 2023. 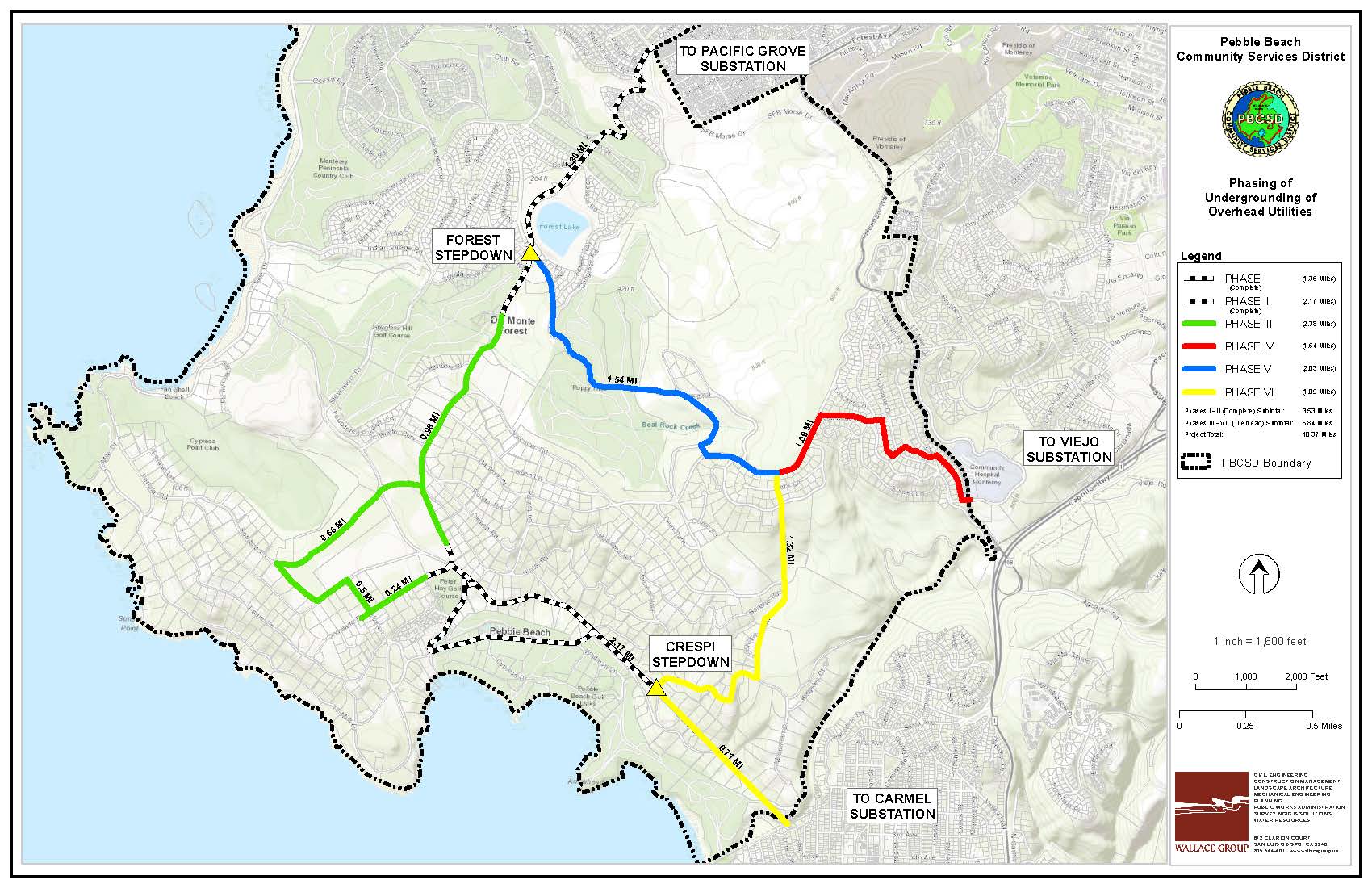